Team Bone has examined the widely-studied turkey ulna model in the context of ultrastructure (collagen fiber orientation), microstructure, and geometry. See these studies: (Skedros et al., 2003; Skedros and Hunt, 2004) (see these papers on this website).

Results show that vascular and non-vascular porosities were not correlated. There were no secondary osteons in sub-adults. In adults, highest secondary osteon population densities and lowest % ash occurred in the ventral-caudal, caudal, and cranial cortices where shear strains, circumferential strain gradients, and fluid displacements are highest. Changes in thickness of the caudal cortex explained the largest proportion of the age-related increase in cranial-caudal breadth; the thickness of other cortices (dorsal, ventral, cranial) exhibited comparatively smaller changes. Only sub-adult bones exhibited CFO patterns corresponding to habitual tension (ventral) and compression (dorsal). These CFO variations may be adaptations for differential mechanical requirements in “strain-mode-specific” loading. In contrast, the more uniform oblique-to-transverse CFO patterns in adult bones may represent adaptations for shear strains produced by habitual torsional loading, which may be more prevalent in adults. These regional microstructural and ultrastructural heterogeneities may influence strain and fluid-flow dynamics, which are considered proximate signals in bone development, adaptation, and maintenance.

Fig. B Section through a mid-shaft turkey ulna showing the widely shifting neutral axis during wing flapping. This is re-drawn from the in vivo strain study of Rubin and Lanyon (1985). For more details, see our publication #29 on this website. 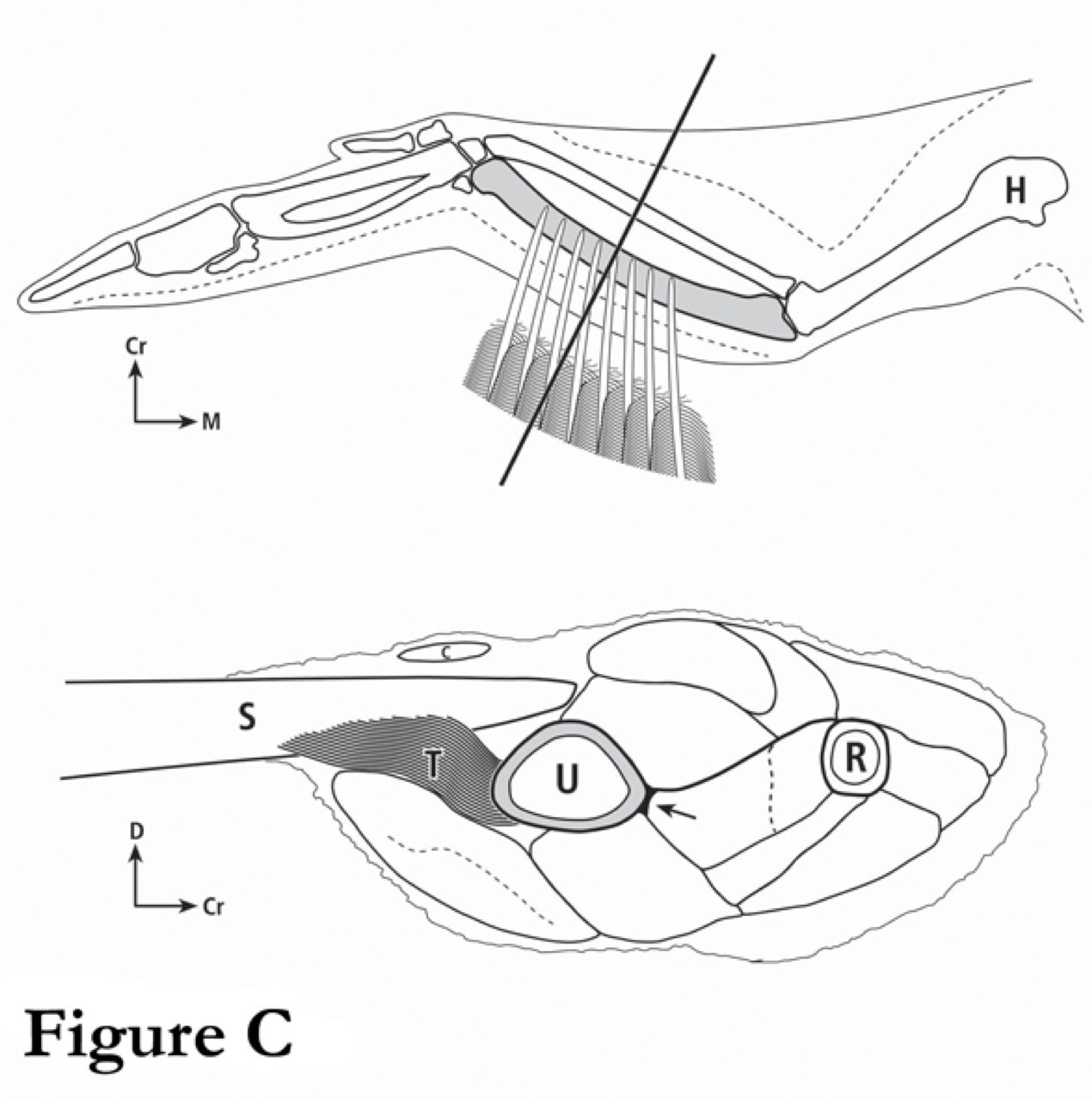 Fig. C These are drawings of a turkey wing (top) and of a cross-section through a mid-shaft turkey ulna (bottom). The muscles that are associated with the turkey ulna are considered in our study (see publication #29 by Skedros and Hunt on this website).

Fig. D This is a transverse cross-section of an actual of a wing of a domesticated turkey (compliments of Dr. Terry Olson, veterinarian, Moroni Turkey Hatchery, Moroni, Utah). 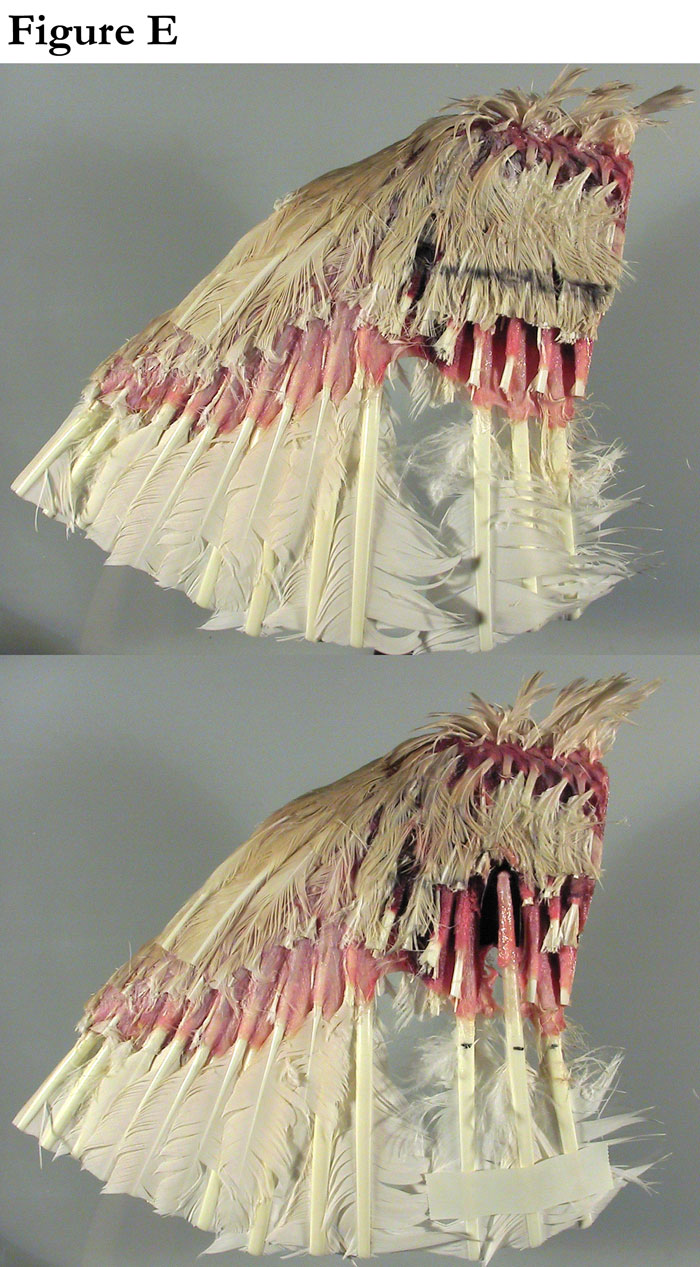 Fig. E Top view of dissections of a turkey wing (from part D) made by our illustrator Kerry Matz; he used these to help to ensure the accuracy of the drawings in part C.