Developmental Dysplasia of the Hip 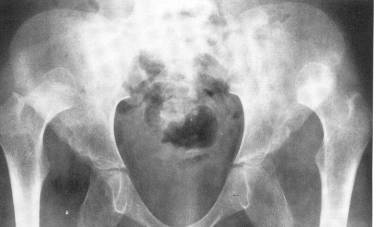 The actual incidence of dysplasia or instability in the newborn is 1:100, though true dislocations are far more rare at 1:1,000.  Certain races have a higher or lower incidence, (190:1,000 in Eskimos in Northern Canada versus .01:1,00 in the African Bantur).

There are several known predisposing factors to DDH – outlined here. 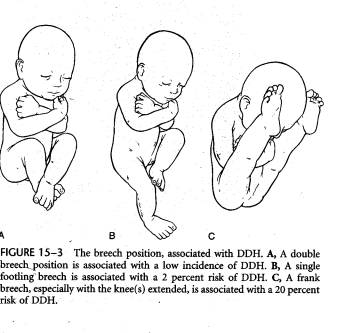 o       All three probably associated with DDH due to intrauterine crowding.

The fundamental of diagnosis is history (identifying the risk factors as listed above) and physical exam (PE).  The PE must be done on a relaxed baby; crying infants tighten up making the subtle sensations of instability and relocation/dislocation impossible to palpate.  A Barlow test is a hip that is reduced in its resting state, but can be dislocated; felt as the examiner gently adducts the leg with gentle posterior pressure. 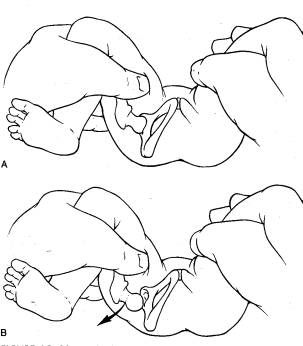 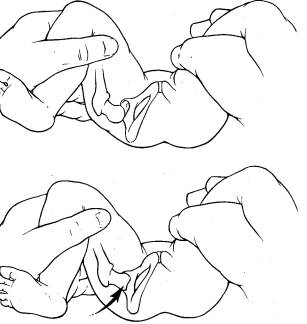 An Ortolani sign is a sign of relocation of a dislocated hip; the hip is gently abducted and the greater trochanter gently lifted anteriorly.

Limited abduction of the affected hip aia a very sensitive sign , especially in children older than 6 weeks.  As children develop past age 3 months, the Galeazzi sign becomes positive; with the child lying on their back, hips and knees flexed at 90º, the affected hip will appear to have a shorter thigh. 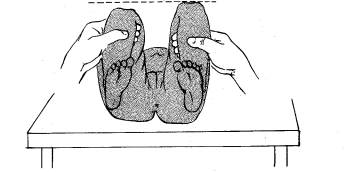 In walking children, the child will limp (Trendelenburg) and/or have an apparent limb length inequality.  If both hips are dislocated, excessive lordosis of the lumbar spine (due to hip flexion contracture) and a waddling gait will be seen.

Diagnostics: When the ossific nucleus of the femoral head is still cartilaginous (up to 6-12 months) an ultrasound can be used for diagnosis of DDH. 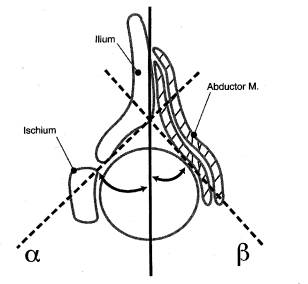 After ossification begins, hip AP pelvis x-rays are done, standing radiographs are important if the child is walking.  The acetabular index, Perkins line and Hilgenreimer’s line should be measured. 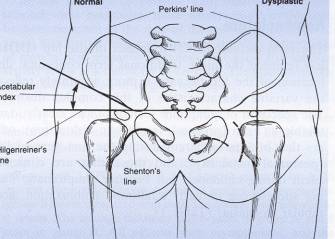 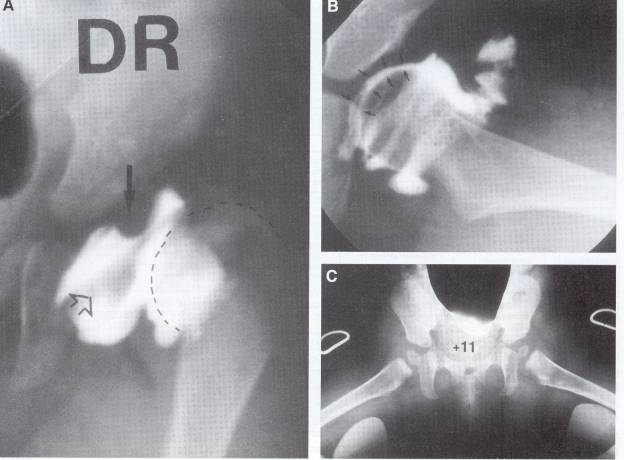 Arthrography of the joint (seen above) is reserved for operative intervention and planning.

Treatment: Principles of therapy are to attain and maintain a stable reduction of the hip.  In children up to age 4-6 months a Pavlik harness can be used very effectively.

From six months to one year a closed reduction, with possible adductor tenotomy and arthrogram followed by spica (body) casting for three months will be required.  After age one year (although possibly closed reduction can be used up to 18 months) an open reduction may be required, where the joint capsule in opened and the acetabulum cleared of obstructing structures.  These include:

In older children a femoral shortening (to reduce pressure on the femoral head) and/or a periacetabular osteotomy (Salter, Dega or Pemberton) to improve stability may be added.  Also in older children an open reduction will be done using an anterior (through the Sartorius, tensor fascia lata internal) so a capsulorrhaphy can be done.  This tightens the loose capsule of the hip.

Complications include osteonecrosis of the femoral head, re-subluxation or re-dislocation of the femoral head and continued acetabular dysplasia.  The proximal femoral physis may also become partially or totally injured with open reduction leading to varus or valgus of the femoral head or limb length inequality and a short femoral neck.  In children older than seven or eight, there is very little acetabular remodeling possible and reductions of a dislocated femur at these ages very problematic.  The natural history of a dislocated femur is actually better than a subluxated hip.  The subluxated hip puts excessive pressure on the femoral head leading to osteoarthritis in the 2nd to 3rd decade where as a dislocated hip may remain painless into a patient’s forties or fifties.

DDH is a diagnosis which should be made in infancy so as to ease treatment and ensure an optimal outcome.  The older a child is once diagnosis is made the harder the treatment becomes and the more elusive a good outcome.  In children older than 4, a massive surgical intervention is required, considered by many pediatric orthopedic surgeons to be one of the most technically difficult done. For more advanced reading please refer to the excellent chapter in Tachdjian’s pediatric orthopedics.